Things to Do in Wichita

Wichita hosts a great number of things to see and do. In the metro area, there are 33 museums , more than 22 attractions , 22 live theatres , 28 art galleries and 32 golf courses . Here is a sample of some of the best things to do while you're in Wichita!

Entertainment comes in all forms in Wichita. Arenas, theatres and other event venues bring big names in music , comedy, and theatre to Wichita for kids of any age, family fun or a night for the adults to enjoy.

The Crown Uptown Dinner Theatre , Cabaret Oldtown, Mosley Street Melodrama and Music Theatre of Wichita offer the finest musical and theatre performances in Kansas and bring Broadway to Wichita. The historic Orpheum Theatre is a mecca for performing arts and hosts the annual Tallgrass Film Festival that attracts more than 11,000 people annually.

To see what events are coming up in Wichita, check out the Calendar of Events .

Let Vintage Flyers take you back to the early days of aviation in their beautifully restored vintage 1942 Stearman PT-17 Biplane. Transcend time as you take your seat in the same aircraft that trained Army Air Corps and Navy Cadets of America's greatest generation. Over 8,000 of these magnificent machines were built right here in Wichita. Experience Wichita and the Kansas Flint Hills in a way few ever will. This FAA/DOT approved flight operation is sure to provide you an experience you will never forget.

Live at 215 Performance Theater is a venue for everything entertainment in downtown Wichita. We host all the shows presented by the Loony Bin Comedy Club and present shows of all shapes and sizes. Check out our Calendar for all of our upcoming events, the booking info page is for anyone wanting to book their next event hosted by the Theater.

The Orpheum Performing Arts Center is a fully operational historic theater that hosts world-class entertainment. Going strong for more than 90 years, the Orpheum is the place to see concerts, ballet, comedians and more. This beautiful Wichita gem is perfectly located to enjoy an evening in downtown and Old Town.

Discover treasures from around the world and through the ages at the Museum of World Treasures. Where can you explore the crusty bones of long-lost creatures, marvel at Egyptian mummies, uncover the secrets of ancient civilizations, and enter the battlefields of World Wars? The Museum of World Treasures, with three floors of exhibits and surprises around every corner. Discover your inner explorer!

The Museum of World Treasures also offers a one of a kind banquet room perfect for weddings, birthdays, meetings, and more. Your guests will be amazed by the unique setting and perfect downtown location. With reasonable pricing and open catering, you will find our space flexible and affordable. Give us a call or drop by to take a look at our banquet space today!

To meet this mission, we strive to offer new programs to our members and the Wichita community, endeavoring to meet the needs of our broad constituent base. We welcome your suggestions for new events and projects.

A Treasure Trove of History, in a Historic Setting

The importance of the Kansas Aviation Museum building to the glory days of Kansas aviation cannot be overstated. Its grand art-deco style appeals both to the aviation community and to anyone interested in historic preservation.

This isn't the first time the building has been in transition. The airport site, known then as Wichita's “California Section,” was identified in the 1920's by then-City Manager L.W. Clapp. In 1927, the city purchased 640 acres of buffalo grass sod. The land, a square mile east and south of 31st South and Oliver, was still nothing more than prairie when the first air show was held on the site in August 1924.

In June 1930, Clapp turned the first spade of dirt to break ground on construction of the administration building. Within a year, financial pressures placed on local and state government forced a work stoppage and the partially completed building stood idle. By 1934, money and manpower was available through the New Deal and the Works Progress Administration, allowing construction to resume. The building was finally dedicated on March 31, 1935.

The upper control tower was added in 1941. Tower operators used light guns that flashed red and green warning lights to signal planes. Mary VanScyoc was the nation's first female air traffic control operator, working in the tower beginning in 1944. She was on duty when the airport's main hangar, used as an administration building while construction continued on the terminal, burned down in 1945. She spotted the burning hangar during her shift, closed down the airport and stopped all air travel coming in or out. You can see the entire city from the tower, including excellent views of McConnell Air Force Base, Boeing and the museum's own ramp.

Another Plane Every 90 Seconds

In its heyday, Wichita Municipal – ICT in aviation parlance – was a major mid-continent stopover for airlines. During the 1940's, it was one of the busiest airports in the nation, with tower operators managing the constant stream of incoming and outgoing commercial flights. In 1944, a take-off or landing occurred every 90 seconds.

Wichita also was a major destination for nearly every aviation luminary of the times. Charles Lindbergh, Kansas' own Amelia Earhart and many other celebrities crossed the ramp, admired the beautiful art deco terminal and dined in its cafeteria. The story is even told that Fred Astaire once entertained fellow passengers by dancing in the atrium while awaiting a flight.

A wing was added in the 1940's at each end of the original terminal, in part to accommodate the War Department's Army Procurement Division, which used a large part of the building throughout World War II. From this site, the military supervised the Stearman Company's work on the Kaydet trainer being built across the street at what is now Boeing.

World War II brought an explosion in aviation manufacturing in Wichita, including major efforts by Boeing to build bombers and other aircraft for the war effort. After the war, Boeing's central presence in U.S. defense strategies meant continued economic benefits for Wichita, but also led to the decision to relocate the city's airport.

In January 1951, the United States Air Force announced its intention to establish a base large enough for 6,500 personnel in Wichita in just three weeks. Shortly after the announcement came word that the USAF would take over the Wichita Municipal Airport for pilot training on B-47s. All non-military operators were asked to stop using the facility as soon as possible, with the exception of commercial airline traffic. Construction soon began on what is the current Mid-Continent Airport and by 1954, all non-military traffic including commercial airline traffic moved to Mid-Continent.

The USAF and the Kansas Air National Guard used the former Wichita Municipal Airport administration building for the next 30 years. During much of that time, it served as Building One of McConnell Air Force Base. Halls previously walked by Gregory Peck on his way to a waiting airline were redesigned into office space. The restaurant, which formerly fed such notables as Howard Hughes and Wiley Post, likewise became offices. By 1984, the building was no longer needed. The doors were locked and the building abandoned.

The Frank Lloyd Wright Allen House , also known as the Henry J. Allen House and the Allen-Lambe House , is a Prairie Style house in Wichita, Kansas , designed by Frank Lloyd Wright in 1915 for former Kansas Governor Henry Justin Allen and his wife Elsie. It is currently run by the Allen-Lambe House Foundation as a museum under the stewardship of the Wichita Center for the Arts. The house is listed on the National Register of Historic Places .It was one of Frank Lloyd Wright's last Prairie Houses. The design influence of the prairie, and Japanese architecture (Wright was working on the Imperial Hotel in Japan at the time) is apparent on both the interior and exterior. Also included in the forward thinking house were modern conveniences such as a central vacuuming unit, an alarm system and gas fireplace logs. Another innovation of the Frank Lloyd Wright Allen House was the first fire wall in a residential home. The bricks contain iron, giving it a rust color.

Our Vision: To provide a world class Museum experience, advancing the understanding and exploration of the rich historical and cultural heritage of Wichita and Sedgwick County Kansas.

Our Mission: The Wichita-Sedgwick County Historical Museum's mission is to educate the community and its visitors about local history by collecting, preserving, and interpreting materials reflecting the heritage of Wichita and Sedgwick County.

Our Core Values:
Discovery, Creativity, Empathy, Authenticity, Integrity, Service and Collaboration
These values are primary factors guiding the organization's actions in meeting the mission and fulfilling the vision set for the Museum. By adhering to these simple tenets, the Museum is able to provide experiences which orient the visitor to the past, define the present, and help chart the course for the future.

Our Statement of Ethics: The Museum's policies and procedures are intended to reflect the values in the Code of Ethics for Museums of the American Association of Museums and the Wichita-Sedgwick County Historical Museum Statement of Ethics.

We hope these photos inspire others to use Botanica for their special day.

Start your day off right with our Hot Breakfast Buffet

Free Parking is available for all guests . 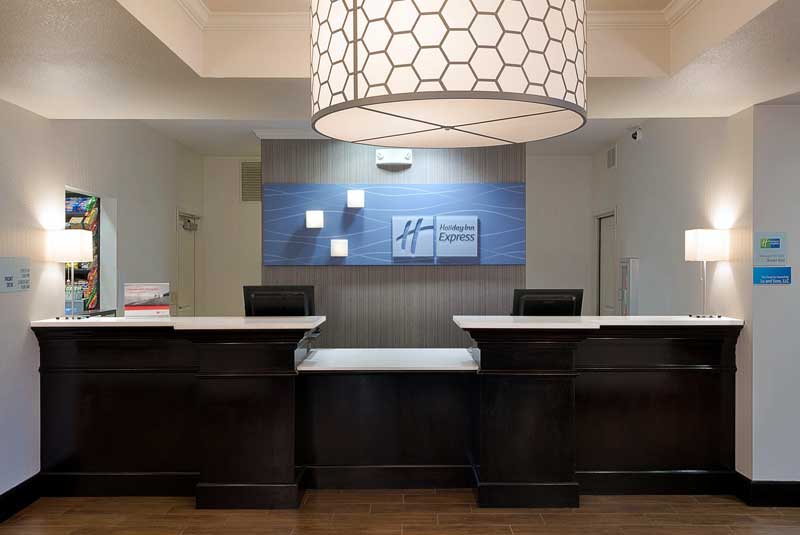 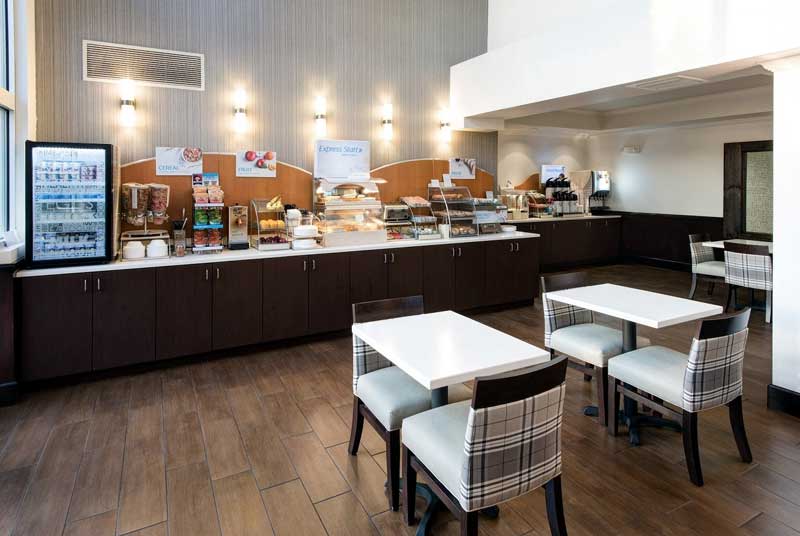 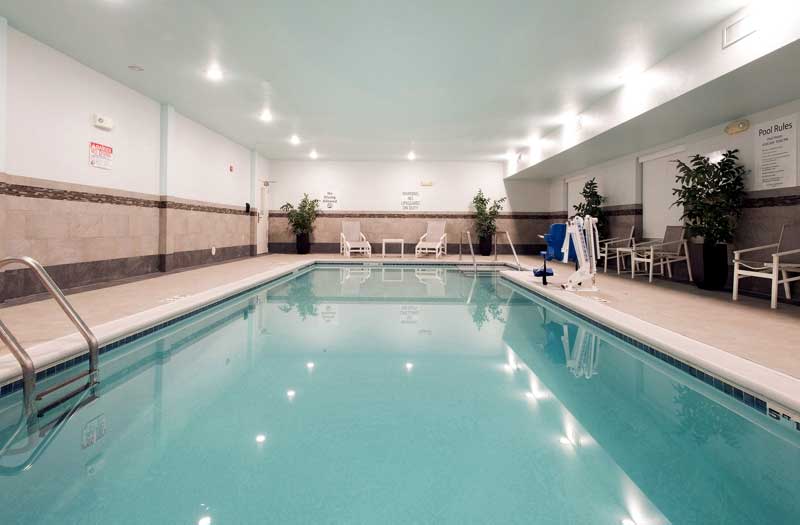 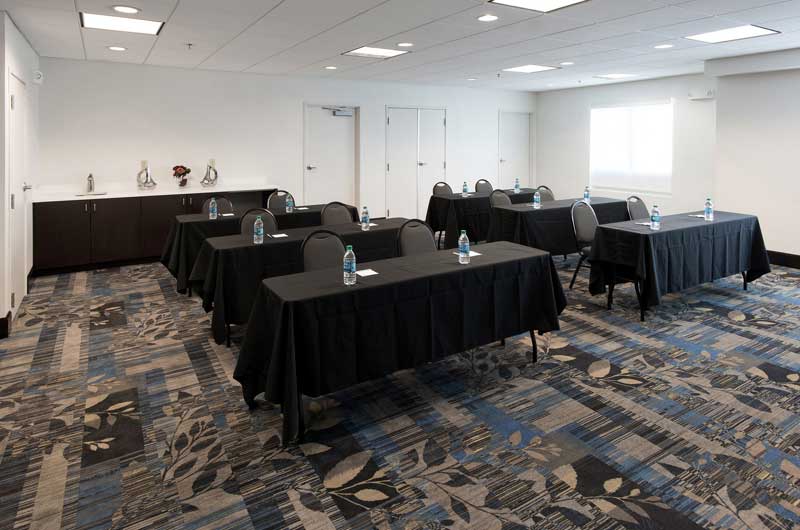 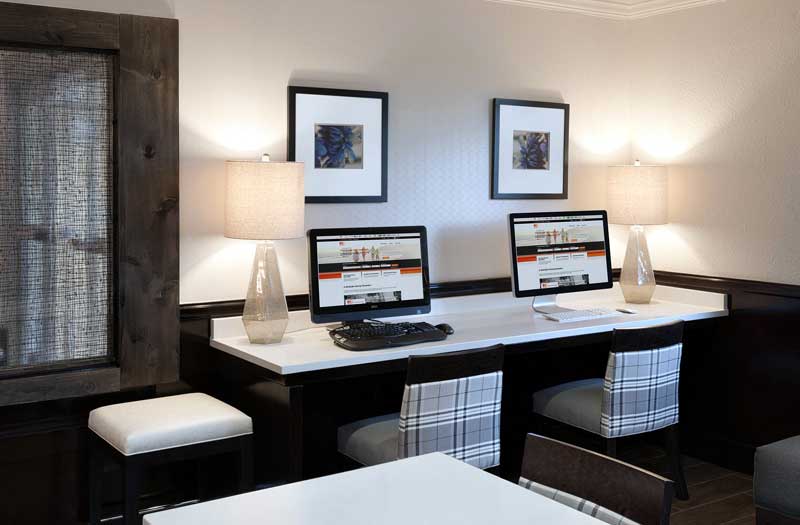 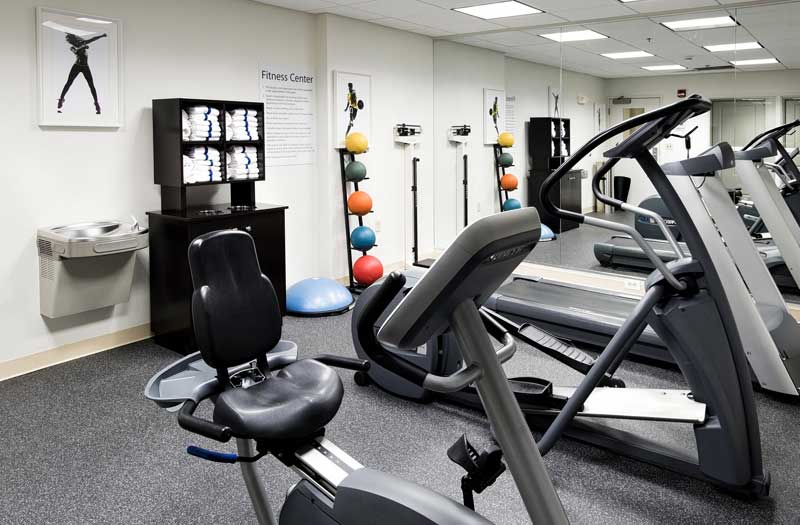 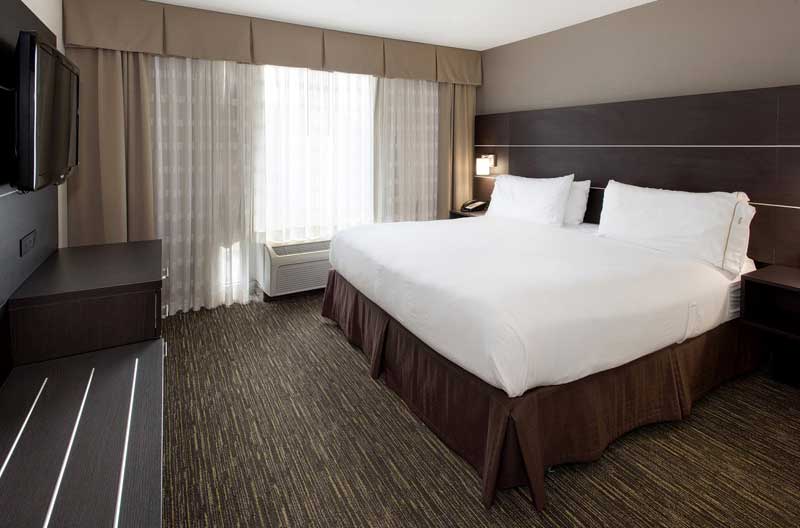 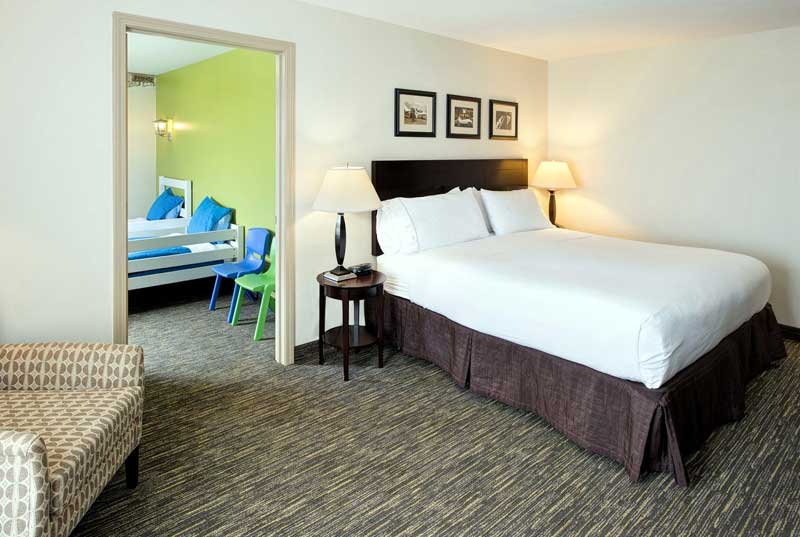 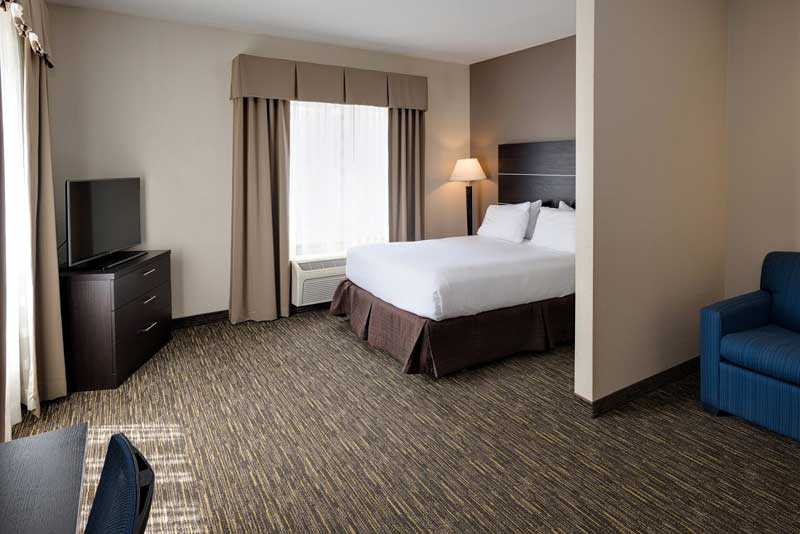 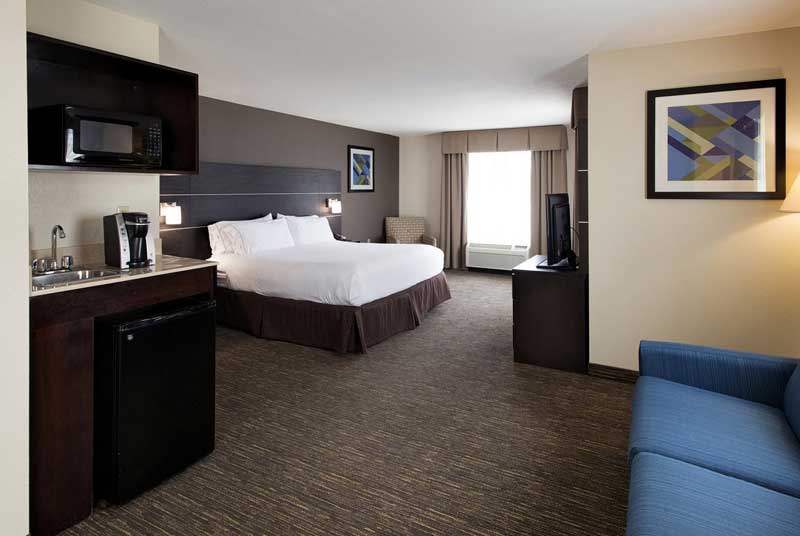 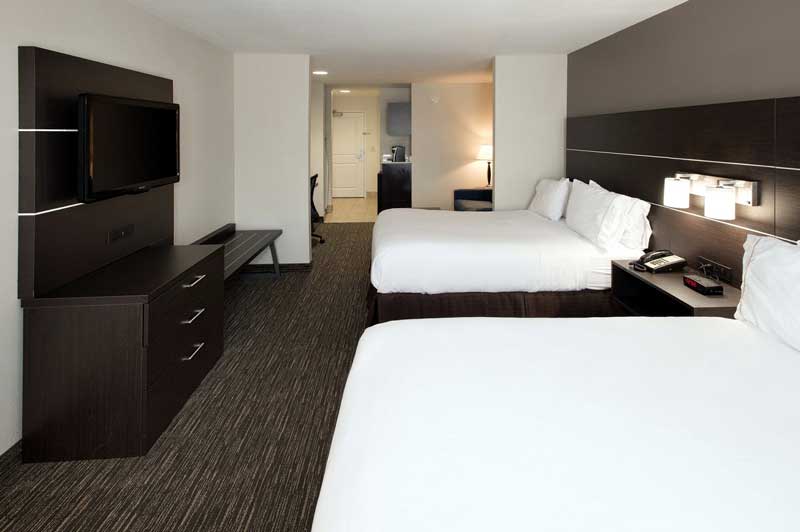 Things to do Andover Kansas

Things to do Wichita